Working Party in the Park, November 2019
A group of FoSP supporters were fortunate to have a mild and dry afternoon (in an otherwise very wet autumn) for a working party which cleared ivy and undergrowth from the railings along the Headington Hill side of the park. This work improved the light and visibility into this part of the park and will help make the area safer for park users.

Fireworks Litter Pick November 2019
This year there was less litter to collect than in previous years as the winds and rain earlier on Saturday resulted in a much smaller audience than usual. A team of FoSP supporters worked with others to swiftly clear the park of litter and rubbish.

Working Party in the Park, 30 March 2019
A group of FoSP supporters spent a sunny  Saturday afternoon cutting back suckers and undergrowth around the lime trees near the Cheney Lane pedestrian gate. This work improved the light and visibility in this part of the park and will help make the area safer for park users.

Fireworks Litter Pick November 2018
FoSP supporters spent Sunday morning clearing up after the Saturday night Round Table fireworks. Several teams of volunteers came to help, which meant that we had the litter cleared by mid-morning. Well done everyone!

Working Party in the Park, November 2017
In November FoSP held a working party to clear ivy, brushwood and undergrowth from the railings along the Warneford Lane side of the park and down the fences behind Morrell Avenue houses. A team of over a dozen volunteers spent a very enjoyable afternoon working together and not only did we make a fantastic difference to the park, we also recruited several new members. Well done everyone! 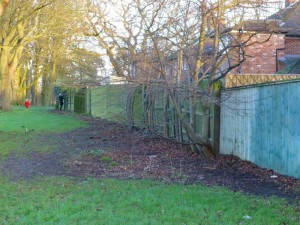 Before the working party started 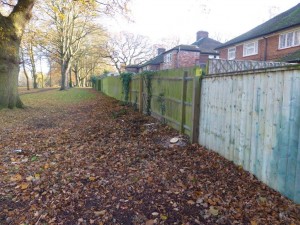 After the working party’s (and the Council’s) efforts

Fireworks Litter Pick November 2017
The Saturday evening fireworks this year were better than ever, enjoyed by thousands and raising funds for local good causes.  The annual Sunday morning post-fireworks clear-up took place with the sun shining on us as usual! FoSP volunteers were assisted by Brookes students and the scouts, and with many helping hands the park was returned to its normal beautiful condition in a remarkably short time – thanks to all who joined us in assisting the Round Table in this necessary task. 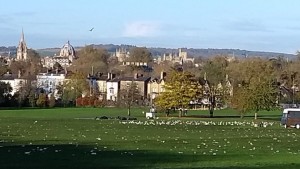 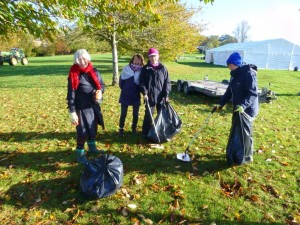 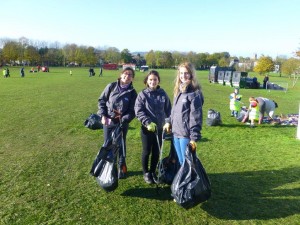 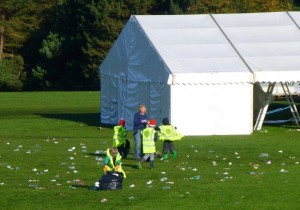 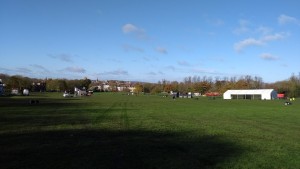 Working Party in the Park, 19th November 2016
An enthusiastic team spent the afternoon clearing ivy and undergrowth from the railings along the Cheney Lane side of the park. The improvement to visibility around the pedestrian gateway at the top of the park was astonishing! Well done all who came to help. 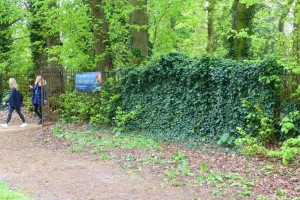 Before – railings covered in ivy 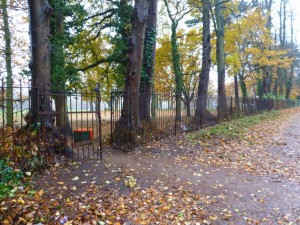 After – what a difference! lighter, brighter and safer. 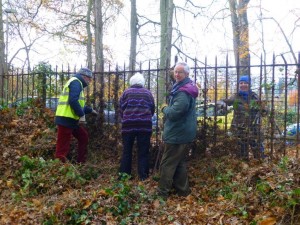 Fireworks Litter Pick 2016
A big thank you to everyone who spent a lovely, bright, sunny Sunday morning clearing up after the fireworks. A good turn out, including a group of Brookes’ students, meant that we had the litter cleared by mid-morning. Well done everyone!

For more information about these activities please contact the FoSP team at: friendsofsouthpark@gmail.com